-"After Dark Theatre must be Applauded" - Artshub review of Charlie Carbone's Cotton Club.

Be greeted by Charlie’s hilarious security before Charlie takes you on a tour of the club, meeting and greeting all of Charlies ‘connections’ and ‘friends’ from shady guys in suits, to floozies that have a little too much to drink. The show is part immersive, part theatre, encouraging its patrons to get lost in the roaring New York Club near the end of prohibition.

Be treated like a VIP while Charlie introduces an amazing cast of talented circus, and variety performers for a jaw dropping custom show. The show is able to be customised for a number of set-ups, including a restaurant/ dance hall hybrid.

With an idea of the entertainment being available before the patrons enter the venue, this show is guaranteed to be an enjoyable experience and is a great Idea for ‘theme’ nights. It's a shotgun wedding of dinner, theatre and circus. Come in, sit down, Charlie's got you covered.

After Dark Theatre Must be Applauded! 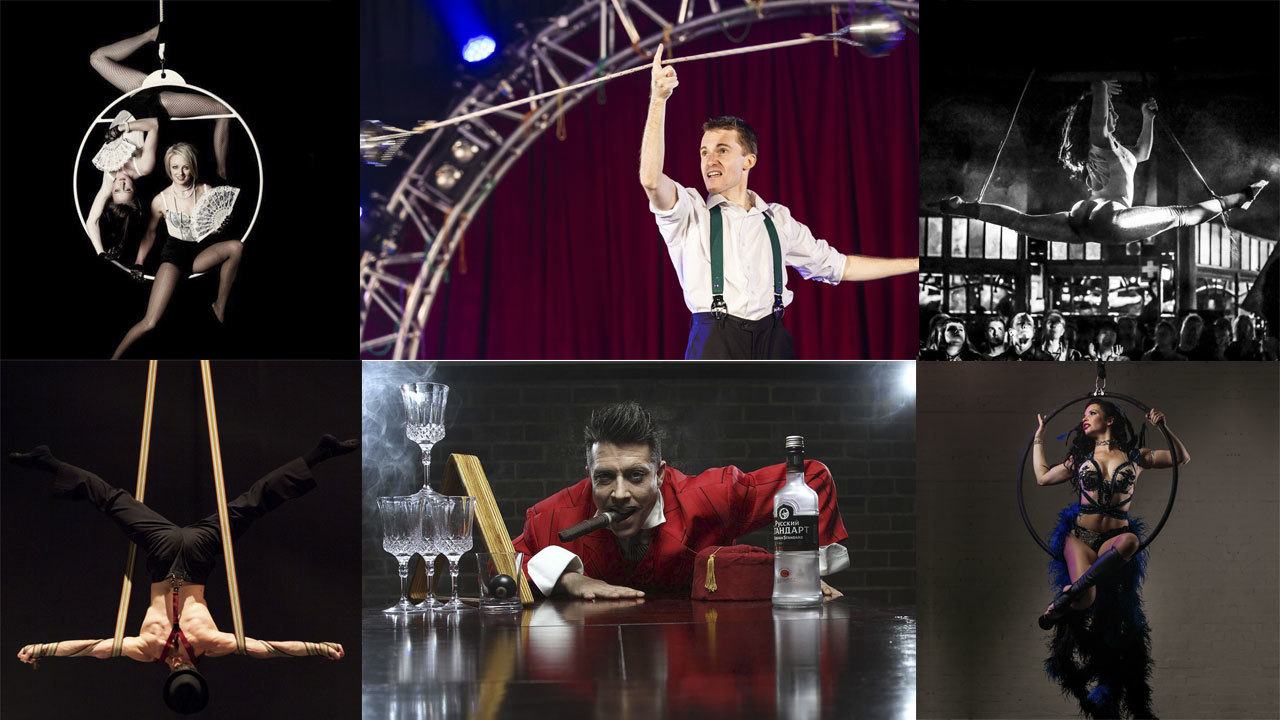 Are you interested in booking this show or parts of this show for your next event or as part of your theatre season?